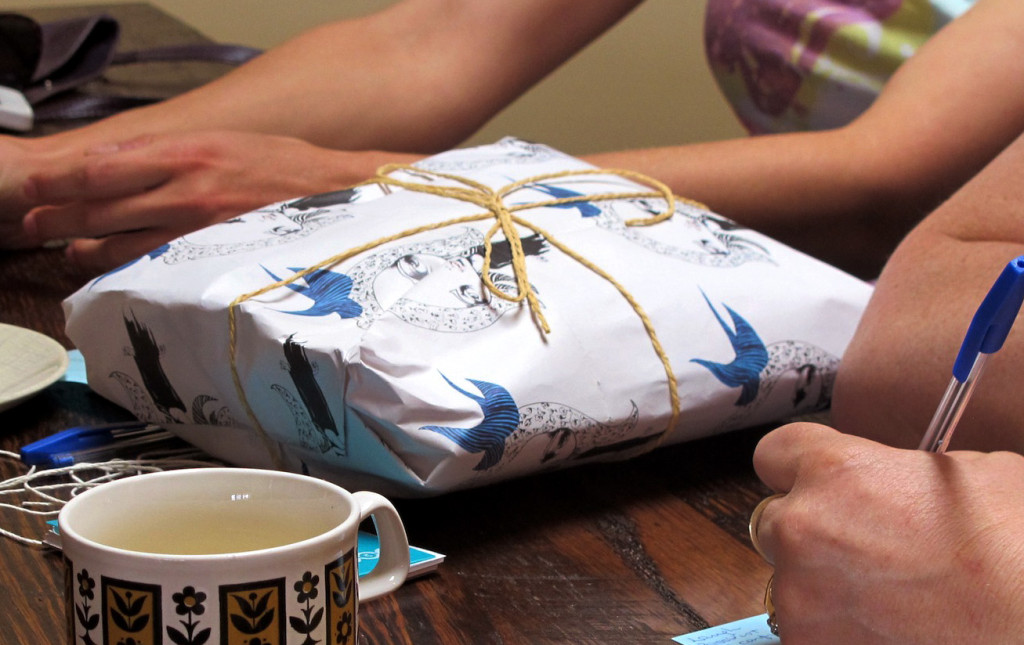 In Passing is a participatory community art project that brings diverse groups of women together to unpack experiences and reflections around gender, power and public space… through games of pass the parcel.

While the issue of violent attacks against women occasionally takes centre stage in the media, this project focuses on the constant undercurrent of gendered power plays that colour our everyday experiences of public spaces. From the lewd comments from men in passing cars, to offensive graffiti that lines our alleyways, to the omnipresent sexualised images of women plastered on bus shelters, these occurrences and images have subtle yet constant effects on our psychology. They act as ever present reminders that we can’t get too comfortable in our public streets, that public space isn’t women’s space. While such instances are considered too trivial to feature in the media or social commentary, they sit on the same spectrum as the more physical and violent acts against women in public space. They affect how we feel on our streets everyday.

In Passing salons, hosted in lounge rooms and parks, create opportunities for women to reflect on their day-to-day experiences of public space in a light-hearted, constructive and forward-looking manner through a series of facilitated activities.

The first iteration of In Passing occurred in Brunswick in 2013 and involved over 100 women participating across eighteen ‘salon’ events to examine their day-to-day experience of public space using the familiar form of a pass-the-parcel game. The 2013 iteration was funded by the Eirene Lucas Foundation and Moreland City Council. A second iteration occurred in 2014-15 in the suburb of Coburg and was funded by Arts Victoria and Moreland City Council.

In 17th and 18th century France, salons were hosted by women and for women as spaces to exchange ideas, receive and give criticism, somewhat like an informal university for women. During this time, these women’s salons were influential in the emergence of the ‘public sphere’. In Passing draws on this history, creating salons for women to exchange ideas and experiences of public space and influence its ongoing development today.

To do so, a call out was made for 20 diverse women to act as ‘salonnières’ to host a pass-the-parcel game each during the month of October. Each salonnière was encouraged to invite 8 women from their immediate neighbourhood to their salon.

These pass-the-parcel salons, occurring in lounge rooms or parks, will create opportunities for women to share their own experiences of public space through a series of facilitated activities. At the same time, by creating opportunities to connect with neighbours, the sense of community and care is strengthened across the suburb.

The two-hour salon involved a game of pass-the-parcel. Each layer involved a different activity designed to provoke conversations about serious issues in a light-hearted, non-threatening and constructive manner. This included, for example, examining our own responses to lewd comments, studying the art of penis graffiti, giving voice to objectified billboard models, considering women’s physical use of space, and so on.

By the end of the games, the 150 women participants delved into and questioned the subliminal, and sometimes explicit, messaging encountered on a daily basis in public space. Participants come away from the conversations with individual and group intentions about how they will challenge the social norms around gender, power and pubic space.

Salonnières attended a pass-the-parcel training session prior to hosting their salon. During the training, salonnières received guidance to ensuring a safe, stimulating and fun space for the women involved. They also received a salonnière kit, which included tea, biscuits, invitations for their participants, instructions and their pass-the-parcel parcel. The parcel provided the format of the conversations, offering a familiar playful and light-hearted structure, without the hosts having to feel high responsibility for guiding the conversations.

Many thanks to Groupwork Institute‘s Steve Ray for facilitation guidance, and to Gabrielle de Vietri, The Seam, Julie Monro-Allison, Marc Martin and Jodee Mundy for artistic guidance and support in the development of In Passing. In Passing received funding from Creative Victoria and the Moreland City Council through the Moreland Community Grants Program. 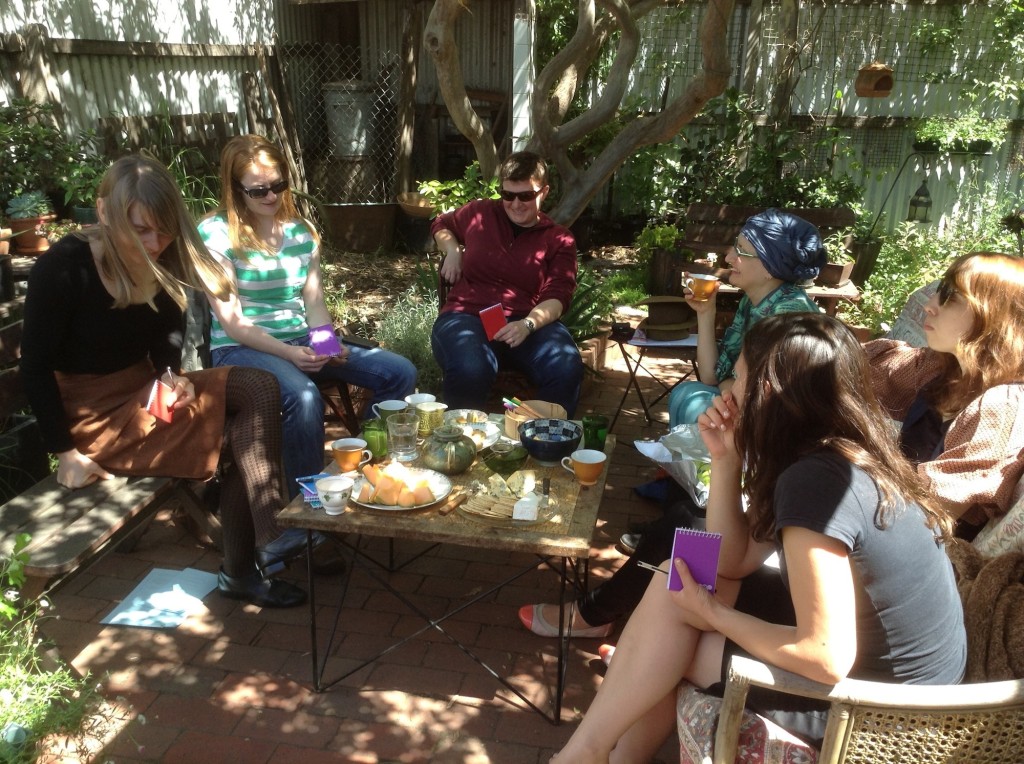 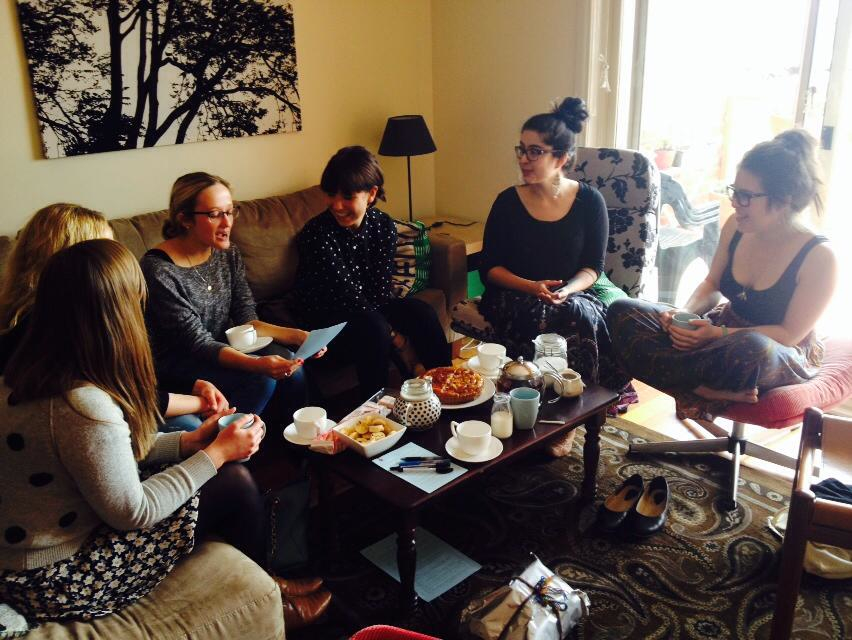 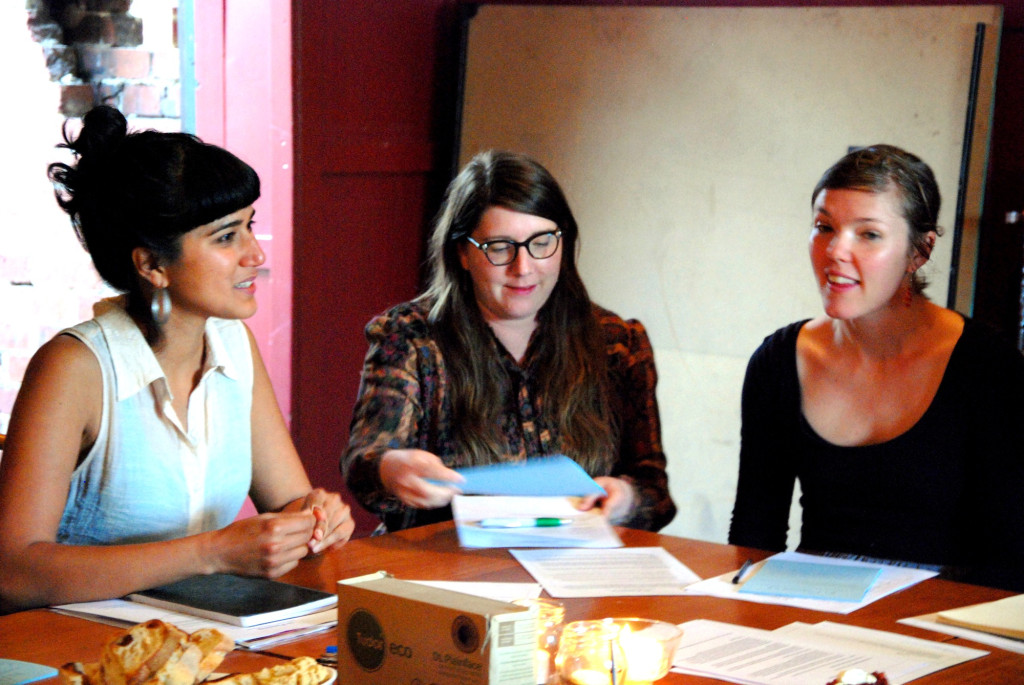 Images above by Zoe Evershed 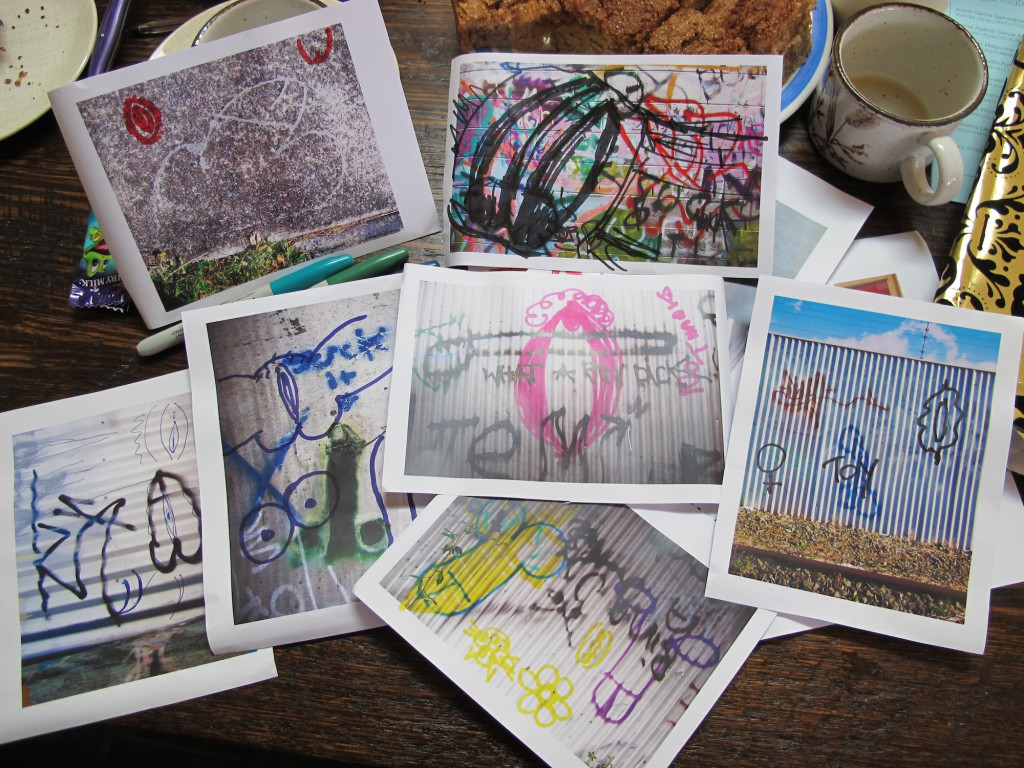